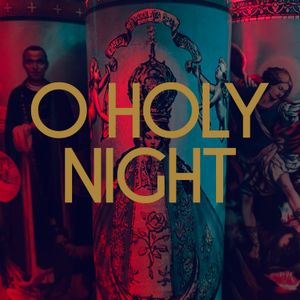 I'm not really into Christmas, haven't been for 20 years or more. The reasons have changed over time, but my ambivalence about the holiday has remained steadfast. Don't get me wrong, I don't dislike Christmas. I still participate in many of the traditions that come with the season, both religious and cultural. It's just difficult to fully give myself over to a spirit that has always included some amount of mental tumult for me.

My general "grinchiness" began in my late teens and early twenties centered on over-commercialization. I took my faith very seriously and couldn't understand why we let the true meaning of Christmas get lost in capitalism. Starbucks was less of a thing back then but had it been, I would not have been upset about holiday cups. The thing that would have fired me up was why we would even want businesses to use this sacred occasion to sell coffee in the first place. In my mind, the true meaning of Christmas had been lost, not by society as a whole, but by us, Christians. Very Charlie Brown of me.

After that stage of youthful naivete, Christmas continued to erode. This time, it was a product of the re-examination of my belief structure. As I slowly began to let go of the Jesus that I grew up believing in, it became harder for me to participate mentally in the rituals of the season. Celebrating the birth of our "savior" was difficult because I no longer knew what that meant. During those years, my personality leaned toward an all-or-nothing approach. If I wasn't fully confident in my belief, then it was better to avoid it. And when I would participate in Christmas religiously, often out of social pressure to not be outed for my doubt, the internal self-chastisement was strong. I would always feel as if I was approaching God fraudulently. To this day, the grace that I extend to others is far greater than the grace I offer to myself.

With that short history in mind, I'm offering up the Christmas song, O Holy Night. It's a song that won't allow me to avoid the discomfort of my past, but the beauty of its melody and lyrics somehow still invites me to find meaning. I may not know how or if the birth of a first-century Jewish man had any effect on the operative nature of the universe, but I do believe that there is hope present in the world today that exists because of Jesus. So I sing. And I hope.

With that, this self-described Scrooge would like to offer you a holiday blessing. No matter what you believe, or what you celebrate, may you find joy, may you find peace, and may you find hope in this and all seasons of your life.