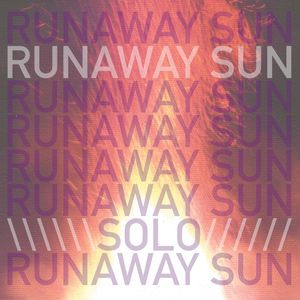 In our early days of parenthood, Melanie and I loved singing lullabies to our daughter at bedtime. Most nights involved me playing guitar and picking my way through some song that we had deemed important for her little ears to hear. Sometimes they would be bedtime classics, but more often than not it was something from artists we loved or our own songs that we would adapt for bedtime.

It was around this same time that I started playing shows without Melanie, which was difficult at first. I wasn't finding much inspiration playing solo and I needed to switch things up. So I started leaving my acoustic behind and playing electric instead, which required me to rethink how I played several songs.

It was the mixture of those lullabies and my search for solo inspiration that birthed this version of Runaway Sun.

I kept this one really simple, just like I would play it live at those solo shows. Just a single vocal take, no bgvs. I put an SM57 on my Fender Excelsior and cranked it up just enough to get the amp to break up a little. I even had some radio interference sneaking into the recording, adding to that live feel.

The bulk of the guitar sound comes from one of my favorite pedals, The Retro Sky made by Greenhouse Effects. It's a beautifully sounding delay with a switchable phase effect built-in that only affects the repeats while keeping the attack clean.

Unfortunately, I don't think they make the Retro Sky any longer, but when they did, they actually put up a link to a live version of this song on their website. When Roy, the owner, emailed me to ask if he could use it, I geeked out like a fanboy. I love the way he approaches the design of his pedals and was super honored to be used as an example of what the pedal could do. I highly encourage you to go check out Greenhouse Effects and see what kind of magic Roy has up his sleeves these days.

Lastly, this isn't so much a production note, just a cute photo. My youngest daughter was with me as I recorded the guitar and the amp was pretty loud, so I put some ear protection on her. The sound in the room was so trance-like that she ended up falling asleep on the couch - making the lullaby origins come full circle.